Forbidden territory in Romania! People can’t live there and people cannot see it, even though its beauty is overwhelming 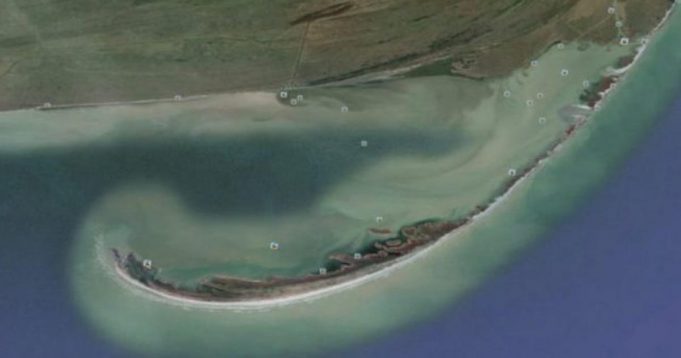 This piece of land is the newest Romanian territory that formed 150 years ago and got the name of Sacalin island. Even though the raw beauty of the place is breathtaking, no one can live on it, no one can even see it from a close distance.

The Sacalin Island in situated on the Black Sea, at a small distance from the Romanian coast, in the right side of the Sfantu Gheorghe branch and the Danube Delta, having a 21.410 hectare territory, a close dimension to the capital city of Bucharest.

The Romanian Government forbidden the island population in the 30’s, a measure that protected the rare bird species that nests here.

You can see the biggest number of terns and pelican colonies there, and in the water nearby you can find rare species of fish, rare plants like sea kale and the canary of the delta.

The most interesting part is that the island has a rotation movement around his connection point with the land side, from the West side to the East side, according to the engineer Octavian Buzatu.

The phenomenon has a scientific explanation: the peninsula is affected by the currents of the sea and from the strong sea wind.

We can, for sure, understand why is it important that the island to remain untouched, especially since so many bird species are in great extinction danger. More so, people will want to build, and so many creatures will suffer.

Everybody calls it an island, but it is actually a peninsula, because it is a continuous shore.

The place is absolutely beautiful and, until we know how not to harm the species, we will just have to watch if in the beautiful pictures and videos.